On the island of Pangatalan, the Sulubaaï Environmental Foundation has made every effort with a marine protected area and has extended it to the whole of Shark Fin Bay (Palawan, Philippines). In 2020, a fish population restoration project is ready to be launched. The technique of capturing and cultivating post-larvae, developed by ECOCEAN, will be used to replenish the natural resources of the bay, and for the first time also to provide sustainably artisanal fish farms for consumption fish and a public aquarium.

“If there is only one coral reef left, we hope it will be ours” – said Frédéric Tardieu, founder of Sulubaaï. June 8th marks World Oceans Day, celebrated unofficially since it was originally proposed in 1992 at the Earth Summit, and officially recognized by the United Nations since 2008. On this day each year, the world celebrates the Ocean, its importance in our lives, and how we can protect it. On this occasion Blancpain invites you to watch Pangatalan: Rebirth of an Island – a documentary film presenting the inspiring work of the Sulubaaï Environmental Foundation, a Philippine-based non-profit organization dedicated to conserve, protect, and restore the natural resources of Palawan Island through environmentally sustainable practices and active ecosystems restoration. This short film has been produced by Blancpain together with Laurent Ballesta and the Gombessa team to support the efforts of the Sulubaaï Foundation with a powerful communication tool, and to inspire other local communities around the world to launch similar initiatives.

We have all heard of the terrible degradation of coral reefs around the world, a sad consequence of devastating fishing techniques. On the islands more than elsewhere, it is an entire ecosystem that is gradually disappearing, and this often extends on the land with massive deforestation. There are those who hear about it, and those who act. Frédéric Tardieu is in this second category. Going on an adventure with his wife to change lives on the other side of the world more than eight years ago, he lands on Pangatalan, a tiny abandoned island in the northeast of the Palawan archipelago, in the Philippines. The findings he will make push him to create a foundation and a marine protected area to restore the land and marine ecosystem of the island. With the help of local teams and scientists, he develops innovative restoration techniques whose first results are very encouraging. Nature takes back its rights. Embark on this fabulous story that is far from over. Sulubaaï is today synonymous with hope! 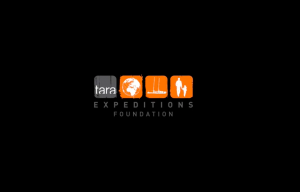 As part of its global research mission on corals, TARA EXPEDITIONS stops at Pangatalan Island (Palawan, Philippines) to meet the environmental foundation Sulubaaï.